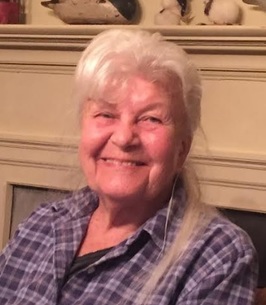 Longtime resident and Kent businesswoman, Olga Kennedy, died Oct. 24 at age 99. Well known as the founder and owner of Foreign Cargo for 50 years, her life was a journey from small town girl to world traveler, and her great ability as a raconteur allowed many strangers and friends alike to go along on her adventures as she shared her stories.

Born in Adams Mass. to Austrian immigrants Anton Sommer and Olga Wurzer Sommer, Olga was the eldest of seven children. Keen intelligence and drive led to her success in school and a scholarship to the Univ. of Vt. It was there she met John Kennedy, a medical student. Upon his graduation the two were married in 1942. They lived in Colorado Springs as John trained for his role in WW II. After his return from service as a surgeon in Europe, the couple with their young daughter, Kathy, moved to Bloomfield, CT, where John acted as town health officer and general practitioner with offices in their home and Olga served as his medical assistant while raising four young children. Six years later the couple accepted a post overseas on the remote island of Palau in Micronesia, beginning decades of public health service in the Pacific, Asia, and Africa. During these years Olga worked at such jobs as postmistress, nursery school teacher, and homeschooling mother to her 7 children.

Their move to Kent in 1962 allowed the Kennedys to have a base for their large family during home leave. They fell in love with their historic house in the Flanders section of town and Olga resided there until her death. In 1967, she began her import business, putting to good use the talents she and John had developed collecting antiques and handicrafts. John sadly died in 1983 but Olga continued her career as shop owner and buyer into her 90’s, engaging her customers with her effusive smile and twinkling eyes! Foreign Cargo continues under the management of her son and business partner Jeffrey.
Besides her husband and infant son, Michael, Olga was predeceased by all of her siblings except for her brother, Donald Sommer of Adams. She is survived by children Kathleen (Filmore) Enger of Edina, MN, John (Kathleen) Kennedy of Nobleboro,ME, Karen (Robert) Wilson Derry, NH, Gretchen Kennedy, of Cornwall Bridge, CT, Clytie Kennedy, Pine Bush, NY, Robert Kennedy, Kent, ,CT, and Jeffrey (Apple) Kennedy of Kent. Her life was enriched by 17 grandchildren: Olga, Filmore, Gretchen, and Gabriel Enger, Adam and Ian Kennedy, Josh and Katie Wilson, Dylan Roberts, Ben, David, and Pieter Bain, Rebecca Laycock and Emily and Sam Thaler, and Lanna and Lincoln Kennedy and numerous great grandchildren.

Services will be private. In lieu of flowers, memorial contributions in Olga’s memory may be made to Kent Volunteer Fire Dept., PO Box 355, Kent, CT 06757. Arrangements have been entrusted to the Scott D. Conklin Funeral Home, 37 Park Avenue, Millerton, NY. To send an online condolence to the family please visit www.conklinfuneralhome.com.